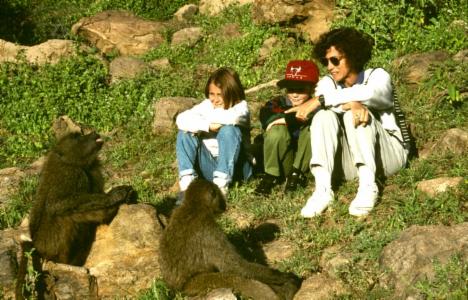 When Dr. Shirley C. Strum first came to Kenya in 1972, she never thought she would spend her entire life studying baboons. But the baboons did fascinating unexpected things. Then, in 1979, farmers arrived posing a threat to the baboon’s future. Research priorities changed to include conservation and research. It was a unique opportunity to understand how and why baboons adopt a raiding lifestyle, and to produce some new solutions to what has become a growing problem for primates. But then the angry guns of the Kenya Army forced a risky experiment. In 1984 she moved three troops of baboons to the eastern Laikipia Plateau where they have successfully survived. Shirley is married to Dr. David Western. She is shown above in 1995 with their children Carissa and Guy; photo taken by David Western. 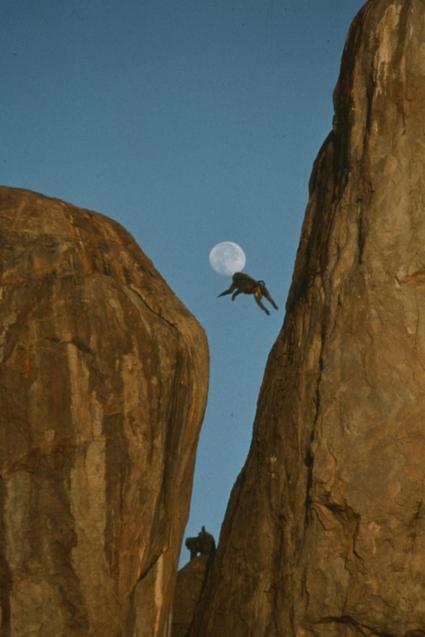 The Uaso Ngiro Baboon Project (previously the Gilgil Baboon Project) grew out of the long-term observation of a population of baboons that originally lived in the Rift Valley of Kenya near Lake Elementeita.  Three of these baboon troops were translocated in 1984 to the Eastern Laikipia Plateau.

This site is on the eastern Laikipia Plateau about 100 km north of Mt. Kenya. It is high altitude savanna/bushland with an average of 350-400mm rainfall per year.  There are two rainy seasons and two dry seasons. Drought is common and presents a challenge for the baboons and the Masaai pastoralists who live in the area. Mt Kenya is visible on most days.

The landscape is spectacular, with a full complement of wildlife including lions,

cheetah, leopard, hyena, wild dogs, elephants, two kinds of zebra, giraffe, buffalo, gerenuk, impala, to name just a few, who are resident throughout the year but seasonally abundant. Although we walk with the baboons without a vehicle nearby, we are vigilant, relying on the baboons to be our best "watchdogs."

An aerial view of the region around Chololo: 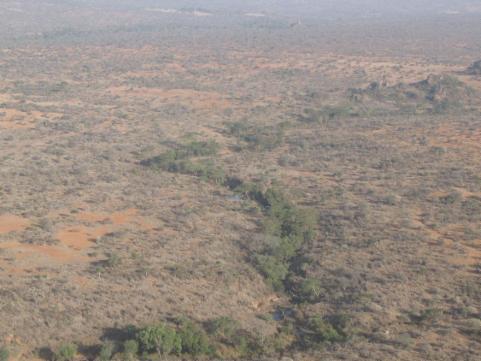 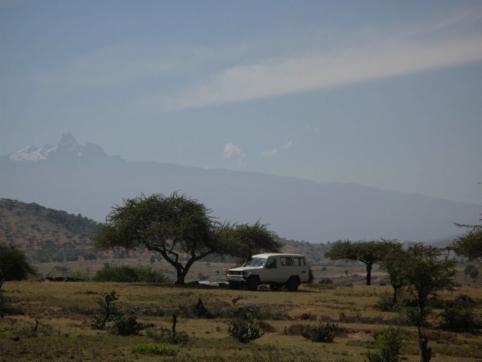 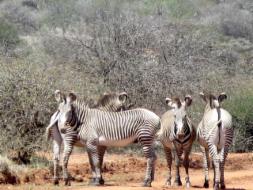 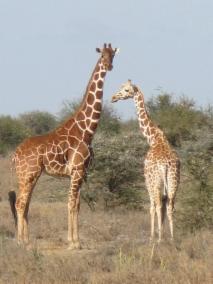 UNBP was the first primate project to employ local Kenyans as “para-biologists" and “para-ecologists." For more than 28 years, Kenyan research assistants have collected the majority of UNBP data. 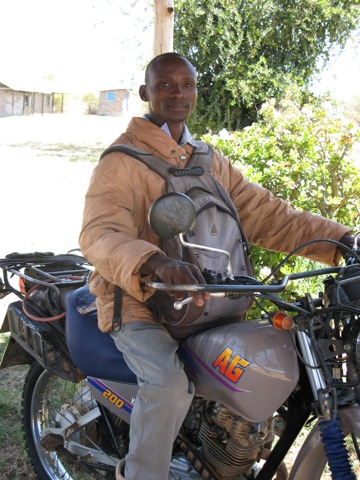 In addition, many American, British and Kenyan graduate students have completed their Masters or PhD projects with UNBP.  American and European interns also gain experience in field research and community based conservation in this real world setting. 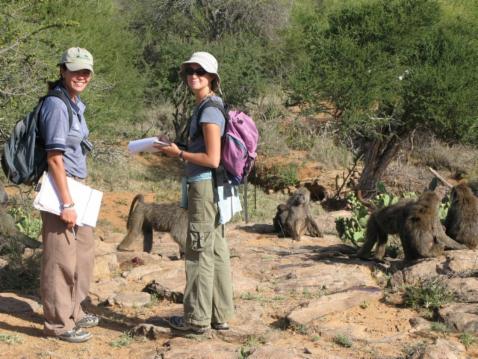 UNBP was also the first primate research project in Africa to do community-based conservation [see Conservation ].  Over the past 30 years the Project has explored and implemented a variety of education, employment, and local enterprise activities. Recently, Dr. Strum developed another conservation approach:  ecotourism focused both on baboons and on the culture and indigenous knowledge of local Maasai pastoralists.  Kenya is the world leader in the creation of community sanctuaries, areas set aside by local communities for wildlife and tourism outside of the national parks.  Most of these areas are relatively denuded of wildlife but evidence from Il Ngwesi community sanctuary, also in the Laikipia region, demonstrates that species will return once they are protected.

In the meantime excellent tourism experiences can be had by walking with a habituated baboon troop and walking with Masaai and their livestock (above) and touring the landscape (a way to learn about the ecological role of wildlife, people and climate; below). 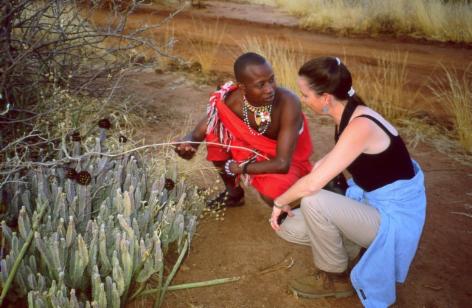 The pilot project for baboon walks was at Il Ngwesi Community Sanctuary.  Guides trained by Strum and UNBP began taking tourists to see baboons in 2004. In 2005, working with Deborah Nightingale and African Conservation Centre, a project began which will extend baboon ecotourism to the Ol Kiramatian Community Sanctuary in the southern Rift Valley. In 2006, the ecotourism walks training began for the Twala Cultural Centre, in Mukogodo near UNBP's main research camp.  By July of 2008, tourists “were walking with baboons” at all three places.

The Twala Cultural Centre is in development; the community has pooled many artifacts and the UNBP is working with them on displays and planning the Centre. 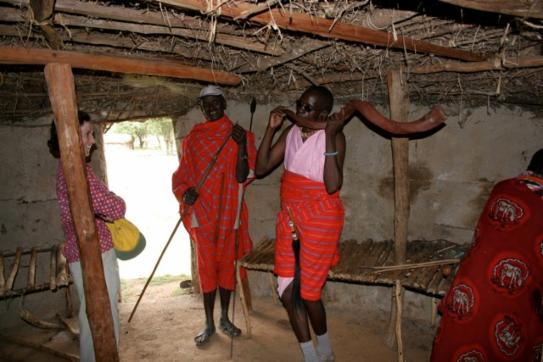 Research is also important to our conservation work.  In 2005, we began research on a conservation project entitled “Resolving Human-Wildlife Conflict in a Dry Rangeland.”  Baboon-human conflict where the baboons now live is minimal compared to the previous conflict over crops.  However, in the dry season and in drought periods, baboons take young livestock.  The goal of this UNBP project is to devise better strategies for preventing, limiting and in some ways resolving these baboon depredations.  This will involve data on baboon ranging and diet and working with the local community to better educate people on how to prevent livestock losses. 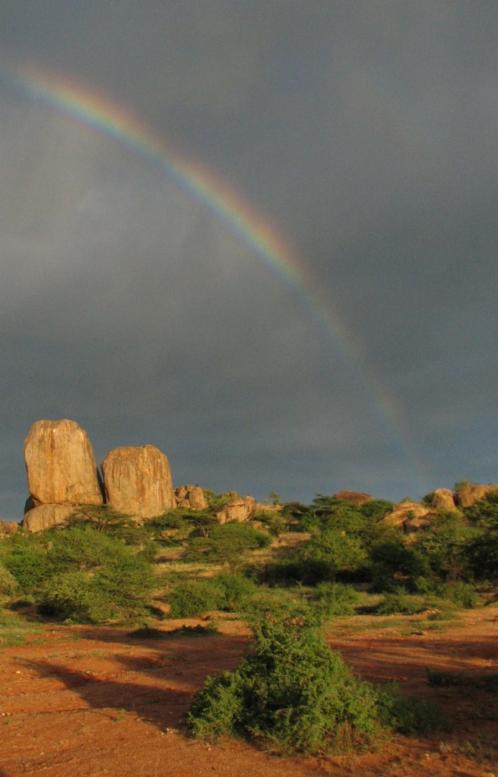 A variety of agencies have sponsored the baboon research during the last 34 years including:

From August 2007 UNBP is a partner with African Conservation Centre in a multi-landscape comparative study sponsored by the Dutch government that includes regional ecological assessment and support for our community conservation projects.

Baboons have a bad reputation for different reasons both in Kenya and internationally.  We have tried to reeducate the public about the realities of baboon behavior and social organization as well as how to prevent baboons from becoming pests.  Shirley Strum has helped to produce numerous documentaries and written magazine articles and books to accomplish this goal. UNBP has also worked with the Wildlife Clubs of Kenya and the Kenya Wildlife Service and worked with local communities where there are problems with baboons. 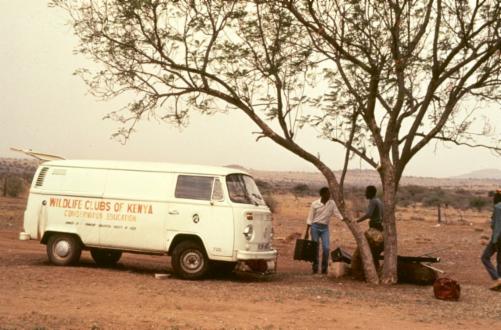 UNBP was also part of Africa Quest a live web interactive event in 1998 which reached 150,000 US classrooms with 6 million website hits while interactive. It is now archived as AfricaQuest.

Finally, Shirley Strum along with David Western helped design a juvenile fiction series on important conservation issues. Wild Things has 10 volumes each focused on a wildlife species, including baboons, but with an important conservation theme.  The series has been used in classrooms in Kenya and elsewhere in Africa and has been translated into French. 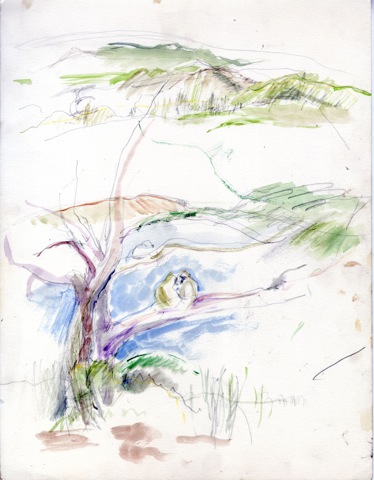